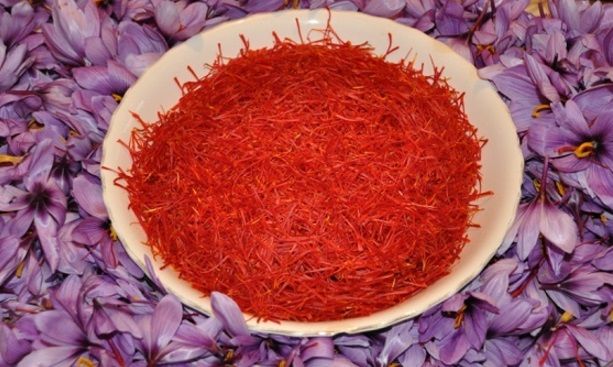 The Saffron of San Gimignano

In the city of towers, UNESCO heritage, saffron has been the flagship of the local tradition since the Middle Ages. Even today San Gimignano is an important producer of the precious spice obtained from the crocus sativus flower which has not by chance earned the attribution of the DOP brand.

The peculiarity of the

is to be marketed leaving the stigmas as they are, that is to say in filaments. Therefore the product does not appear in powder form and the fact that it is not ground guarantees its authenticity. The production is concentrated exclusively in the area of ​​the municipality of San Gimignano. It is obtained by roasting only the red part of the stigmas of the flowers of the bulb-tuber. Many operations of the production process, such as the selection of bulbs, the collection of flowers in the early hours of the morning, the peeling and drying are still carried out manually as in the Middle Ages.

The origins of saffron are said to be mythological. Croco, ardently in love with the Smilace sap, is punished by the gods for this, even if chaste, love being transformed into a flower as graceful as it is precious. Or even it is said that the saffron plant was created by Mercury who mistakenly hit Croco with his disc. In memory of his friend the god painted the plant with his blood. the precious spice is used to flavor numerous courses from the traditional bread with Vernaccia and saffron to the typical crushed up to the first rice dishes and second courses based on meat and fish. The quality and renown that San Gimignano saffron has had since 1200 is documented not only by a significant export of the product to other Italian squares (Pisa, Genoa) but also from the unprecedented direction towards the eastern and African countries (Alexandria, Egypt, Tunis, Acres, Tripoli and Aleppo).

The profits deriving from the saffron trade were so high as to make the fortune of many houses, some of which decided to use them in the construction of the famous towers, which are still a source of pride for the city.

Cream of pecorino and saffron
ingredients
400 g of sheep's ricotta
6 tablespoons of grated pecorino cheese
0.4 gr of San Gimignano saffron pistils
Carefully mix the cheeses and saffron dissolved in a ladle of hot water. When the mixture is creamy and of a homogeneous yellow color, transfer it to the refrigerator for an hour. Serve the cream cheese and saffron on slices of bruschetta or toasted bread.
Green celery saffron rice and fresh Cinta Senese salami
ingredients
240 g carnaroli rice
0.4 gr of saffron pistils
4 ribs of green celery
a shallot
vegetable broth
a glass of dry white wine
fresh salami from Cinta Senese
salt, pepper and extra virgin olive oil
50 g of butter
50 g of grated Parmigiano Reggiano

Heat a little oil in a pan, add the chopped shallot, brown then add the rice. Let it toast, blend with the wine, add the saffron pistils and continue cooking by adding the boiling broth little by little.

Halfway through cooking add the celery ribs peeled from the filaments and cut into triangles, season with salt and pepper. Cut the cinnamon salami into four 2 cm thick slices and brown them lightly in a pan with a drizzle of oil, one minute per side. When the risotto is ready, keep it out of the heat with the butter and parmesan. Serve the saffron rice in hot dishes by placing a slice of salami on top.