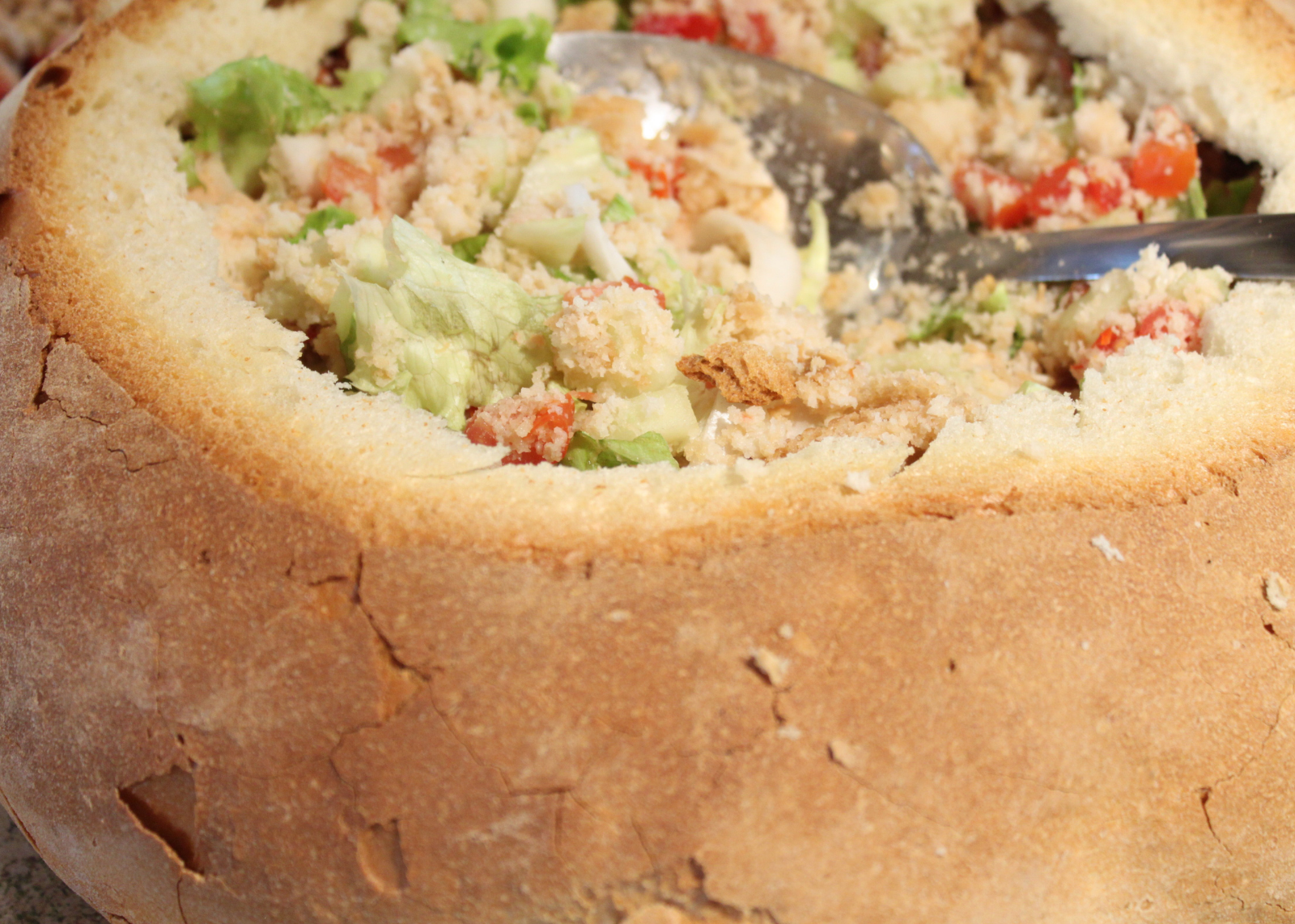 is the Tuscan name for a rustic summer dish, a poor dish of peasant origin, very simple, which does not require cooking and which was eaten in the fields by those who had to stay out all day.

The origin of the name is uncertain, it is believed that it derives from the custom of the farmers to wet the dry bread (so as not to throw it) and to combine it with the vegetables from their own garden by mixing everything in a salad bowl then bread in (“zanella” which means dish soup bowl).

To prepare the panzanella, peel and cut the onion into thin slices and soak them in a bowl with water and a spoonful of vinegar for at least two hours. Clean, wash and cut the tomato into small pieces.

Peel, wash and cut the cucumber into thin slices. Take 4 slices of Tuscan bread (you can remove the crust according to your taste) then wet it with a solution of water and vinegar (a spoon) without soaking too much. Once the bread has softened, squeeze it, roughly chop it with your hands and put it in a large salad bowl. Drain the onion and add it to the bread, adding the tomato, cucumber and basil leaves chopped by hand. Gently mix all the ingredients with the help of a spoon. Season everything with extra virgin olive oil then season with salt and pepper.

Stir again and taste and if necessary add more vinegar. Let the panzanella rest in the refrigerator for at least an hour to flavor. Remove it from the fridge at least a quarter of an hour before serving it and combine it with a Vernaccia di San Gimignano.